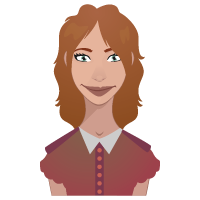 As the manager of a home for physically and intellectually challenged children, I have a variety of jobs. One special job is organising a funeral when one of our angels passes on. My goal is to make the occasion joyous and comforting for the families of the children. Our carers also develop strong bonds with these children, and the service is a release of emotion for them as well. Over the years, I have worked with many excellent funeral directors and developed a range of options that make each service unique and memorable. In recent times, friends have started to ask me for advice when they find themselves in the difficult situation of organising a funeral. I have created this blog as I realise that textbooks and school lessons really don't prepare you for this important task. I wish you well.

There are those who would want to leave this world with the same ideology that guided their time in it. This could be in reference to their religious beliefs but can also be the case when someone is an environmentalist. If someone wants to have an eco-friendly burial, there are some obvious ways to achieve this, such as being buried in a casket made of bamboo or reinforced cardboard—essentially something that will quickly biodegrade. There are other methods which might not be all that obvious, such as being buried in a mushroom suit, which speedily and efficiently turns someone's remains into what is essentially compost, returning them to the earth. But what about cemetery monuments and headstones? Someone who is a committed environmentalist might not appreciate having their final resting place marked by a large piece of granite that has been extracted from a mine. So what are some environmentally friendly options when it comes to cemetery monuments?

The first thing to point out is that some cemeteries might only permit traditional memorials and headstones, constructed from stone and other standard materials. This might be legislated by the council in whose jurisdiction the cemetery is located, or it might be the policy of the cemetery itself. It's best to find out before making your plans. If you're making these plans for yourself or are helping a loved one make their own funeral plans, there could possibly be some room for compromise, namely deciding on a different cemetery where such a policy does not exist.

When a cemetery is fully flexible with the type of memorial that is permitted, you might even opt to forgo a traditional headstone altogether, choosing for a memorial tree to be planted over the burial plot. This is more likely to be allowed at cemeteries that have a specific section for this, and the site could also be marked with a small plaque along with the tree as opposed to a traditional headstone.

It's fairly straightforward to be buried in an eco-friendly way, but the environmental impact of the memorial or headstone can also be considered.